I'm new to the Thursday's Child thing, but thought I'd give it a try.

I was asked what inspires me, and while there's a ton of answers I can give to that question, today's answer is Evergreens. 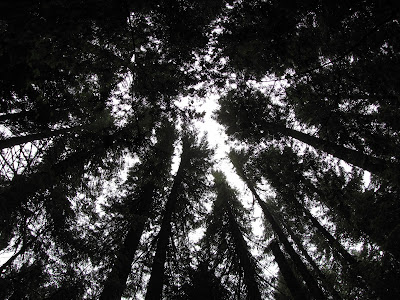 They are magnificent, mystical, full of history, and just downright magical. While hiking, I know I'm in the presence of greatness. Muse-feeding greatness. 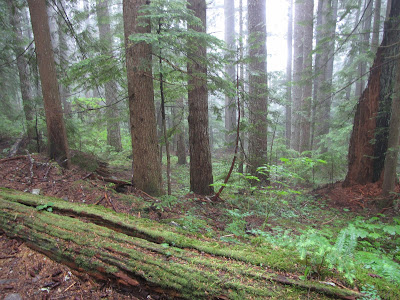 My manuscript, DEADLY SPLENDOR, is about a group of sisters who are descendants of man-eating folkloric women. They derive from a few different types of creatures, but one in particular was said to live in the mist surrounding evergreens. The huldra. The backs of the huldra looked like bark, to help them blend in. A huldra woman would sit on the lower branches or rest against the trunk of a tree, at the edge of the woods, waiting for a man to cross her path. With a wink and a come-hither hand gesture, she'd lure the man deeper into the forest. He'd trail her as the evergreens grew dense and the sunlight withered to nothing more than strands of yellow filtered through layers of branches. That's where her sisters would lay in wait for meal time.

You'll see evergreens in every book I've written. Because they inspire magical stories. What inspires you? 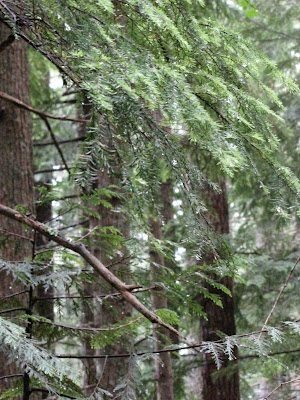 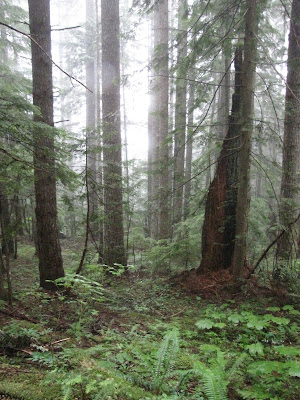 *I took these pictures during a hike*

Poverty in YA Fiction?

Today I read a post stating that YA fiction deals with bullying and other social issues, but not poverty. Is that true? Have you read a YA story with a character living in hunger and poverty? I'm assuming the author wasn't including dystopian or post apocalyptic stories.  Just a guess. ;)

I'm asking, because I did write that kind of story. It's my work in progress, Shattered Choices. My female main character never mentions her hunger, but you certainly see she's living in squalor.

I loosely modeled my MC, April, after the girl living across the street from me. I was in high school and she was too. I lived in the boonies. Way out. And across the country road from me, was a shack. Normally it was empty. It had barely any windows still intact. The roof was caving in. Blackberry brambles had taken over the rotted front porch and grew up the outside walls.

The history lover in me would stand in my long, gravel driveway and stare at that lean-to, wondering what it had looked like when it was newly built. Who had lived in it.

And then one morning a new girl stood at my bus stop. She was quiet and my age. After a few days of getting on the bus in silence, I started a conversation, excited to make a friend who actually lived near me. Because NOBODY lived near me. I don't remember her talking about herself much.

I do remember her greasy hair. How she wore too much makeup, and applied it on the bus, after the sun lit up the dark morning sky. I remember how her clothes carried the scent of mildew. How during the one time she'd let me in her house, I'd noticed they used a lantern for light and sheets of thick plastic stabled over the window holes to help block the cold wind keep any kind of heat in the home. When I asked how they were able to shower without electricity and water, she explained that her family took rolls of quarters down the street to the lake camping grounds and used the public showers, once or twice a week.

After maybe a month or two, she stopped boarding the bus. Stopped walking the woods with me. And I
never saw her again.

I knew her for such a short time, I don't even remember her name. And the lean-to doesn't exist anymore, it was bulldozed. But she definitely left an imprint on my heart, because the night I dreamed what would lead to Shattered Choices, she was the girl Lucas would cross dimensions for. She was the girl he fell in love with. And she was the girl he'd risk everything to save.

Maybe one day Shattered Choices will be published and teens will be able to learn about, or relate to the painful reality of poverty in our country.

So what YA novels have you read dealing with poverty and hunger?
Posted by Rachel at 10:43 AM 6 comments:

Reminds me of the way Allura feels about David in DEADLY SPLENDOR.