Doing well in contests in inspirational, wouldn't you say? Last year around this time I had been querying DEADLY SPLENDOR for two months. I stumbled upon information for a writing contest with big benefits, and that's when I formed a plan of attack.

I would enter the contest, and if I finaled...

I'd get to sit at the editor's and agent's table to share lunch with them during the conference.

I'd get an extra long pitch appointment with the editor/agent of my choice at the conference.

I'd get a lovely purple ribbon attached to my very visible name badge that indicted that I was a finalist, to wear during the conference.

I just really wanted to final.

The conference holding this contest took place in Seattle, so it was within driving distance. Perfect.

I polished my first seven pages and sent them in, right around this time last year. A while later I got an email indicating that I was a finalist in the YA division. (YAY!!!) Then I went to the conference. I got to pitch to two agents and an editor, and on top of those, I got an extra long pitch with another agent. I got to sit between Nicole Resciniti of The Seymour Agency and Liz Pelletier of Entangled during lunch. Chatting with them was a blast. And DEADLY SPLENDOR won second place in the YA division!

But most of all, I was encouraged. See, by the time the conference rolled around, I had been querying my ms for seven months. I had grown tired and wondered if it wasn't marketable. But being a finalist and meeting professionals in the business helped give me the encouragement to keep going.

This is a timely post because that contest is accepting entries until the end of this month. Whether you're within driving distance or not, you can enter. (One of the finalists in my division was from the east coast.) It's called the Emerald City Opener and it's an amazing opportunity. One of the finalists in my division went on to sell her ms. The other, Amy Deluca, went on to be a finalist for the RWA Golden Heart this year.

This year I'm a judge for the YA division. :)

So, if you want more information about this contest, or entering contests in general, let me know. If you've already entered a writing contest, which was it and how did it go?
Posted by Rachel at 12:00 AM 5 comments:

Email ThisBlogThis!Share to TwitterShare to FacebookShare to Pinterest
Labels: contests

Hi guys! Today I'm over at Lauren's blog discussing the whole revision process AFTER you sign with an agent. :) Go here to check it out. And if you have any questions feel free to ask them in the comments.
Posted by Rachel at 2:12 PM 2 comments:

On Daring to Dream

While I've dreamed about one day becoming a published author my whole life, I've only just started writing toward publication about four years ago. In that four years I've lived in three different states where I've attended five or six writer's groups and met all kinds of INTERESTING folks.

My best friend, Rayna, and I still joke about the Dolphin Woman. During a meeting, Dolphin Woman took about an hour or more reading her piece, arguing with the critiques offered, and then listing the brain power and abilities of dolphins.

But Ms. Dolphin isn't the type to squelch your dreams of becoming published. Ms. The-Odds-Are-Against-You, though, may take a crack at it. And it's not that she's TRYING to dissuade you, but sometimes it feels like it.

Have you met people like this? The ones who feel it their duty to explain to you how impossible this business is? I totally have in my travels. More than once. I was in a group where a few traditionally published authors explained how unlikely it was that I'd get published. How long it'd take. How it was all a game of chance. And while in theory, I agree with some of what they said, we all know what their words really were:

A pat on my head. You know, the way an adult would pat the head of a child who explains that there are unicorns living in the back yard.

Of course these head-patters don't stop patting your head once you get full requests, or even once you sign with an agent. Because you still dream of unicorns in the back yard and they're still there to tell you such animals don't exist.

I HAVE met people who explain that one day they will be published. They tell me their book idea, even graciously offer me the chance to write it for them (no thanks!). But they haven't once sat down to actually write the thing. To plot it. To research the process of becoming published, whether it be self or traditional or small press.

And that, my friends, is the HUGE difference. YOU ARE writing! You ARE researching. And you ARE working toward your dream. So when someone tries to pat you on the head for believing in such a ridiculous dream, just remind yourself that one day you'll get close enough to that unicorn in your back yard and YOU WILL ride it all the way to cloud nine! 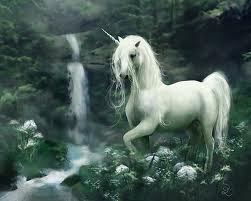 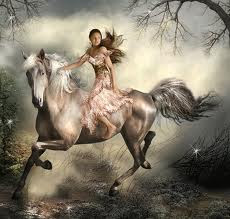 Email ThisBlogThis!Share to TwitterShare to FacebookShare to Pinterest
Labels: Dreaming

It's time for another Thursday's Children post where we blog about what inspires us.

It's that thing we can't see or touch, but has the power make our dreams tangible. We writers have the gift of microscopic vision when it comes to hope. We can find the tiniest shred and cling to it as though it were the only shield left in our writerly battles. We also lose it easily, giving in to despair, only to have another writer come along and offer us a piece of theirs, until we're steady enough to search out for our own again.

I can't think of any other goal in my life that I've devoted so much to, worked so hard for, as writing. From the outside, it had to have looked hopeless. Nothing about me screamed author. And yet because of the hope in my soul, a fire burned in my heart, melting away doubt and burning my inadequacies till they were nothing more than crumbled charcoal stirring in the wind.

On the back of the amazing announcement that I'm now agented, I think it only fitting that this week's inspiration be hope. :) Happy Thursday, guys!

What gives you hope?


Do you see the little bird? 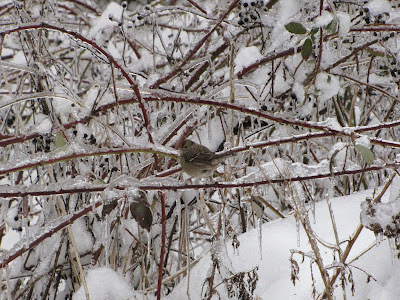