Yesterday, while at work (the library) a co-worker asked me what I write, exactly. Normally, when someone asks me this, I say, "Urban fantasy," or I explain the plot of my newest manuscript. But yesterday I said, "I write feminist urban fantasy."

"I take it you're a feminist, then?" he responded.

"What does feminism mean to you?" he asked, which I inwardly applauded his question.

"It means equality," I answered. "I aspire to live in an egalitarian society."

He nodded, explained that he too believes in an egalitarian society, and then asked what makes my urban fantasy feminist. He got the short answer because we had a bunch of books that weren't going to shelve themselves. But today I'm blogging about the long answer.

It is my desire, through my fiction, to level the playing field. My 5th grade teacher loved Greek mythology. And as a child sitting in her class, listening to her tell the tales, I remember wondering why the men seemed so much stronger--in mind, heart, and body--then the women. I realize that's not always the case. The goddess Diana is incredibly capable according to the myths. But when we're talking about Greek mythology, it's certainly not a level playing field. In fact, when we're talking about most mythology it's not a level playing field.

Before I wrote my Wild Women series I researched folkloric female monsters from across the globe. Why monsters? Because I'd noticed that the strong, heroic females in the pre-patriarchal myths transformed into either weaklings who needed protection, or evil, manipulative women--sometimes seductive and sometimes old and haggard--in the myths we know today. This led me to assume that those once powerful guardians of the forest were turned into seductive man-eaters who lived in trees. That the once nurturing healers were turned into haggard old witches who mixed potions and created spells to kill crops. 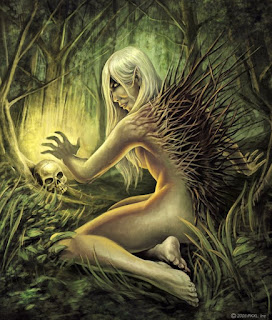 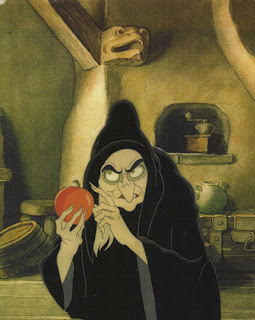 So I compiled a list of these fabulous female folkloric monsters and set to finding out their pre-patriarchal roots. The first book in the Wild Women series, Freyja's Daughter, shows these female monsters learning about themselves what I'd learned about them--that they weren't monsters at all. This, of course, birthed a whole series of books about these folkloric women coming together from all over the world and changing their circumstances.

Just talking about the series excites me, stokes my fire to work toward a world of equality. I hope it does the same for my readers.

Because as far as I'm concerned, a level playing field benefits everyone.